Alpha Bank, a large financial organization, located in Greece, requested an application that would allow them to manage and monitor incoming requests processed by the disputes credit card transactions management system. zAppDev was used to create a business application with the purpose of monitoring and managing Card Disputes. 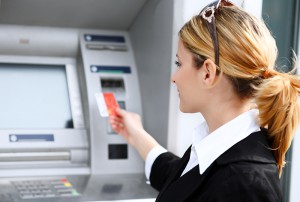 CLMS designed the Domain model of the Application along with the UI that would support the workflow and procedures as defined by the Client. Subsequently, the database design was suggested automatically based on the domain model by zAppDev itself, while CLMS also created a number of custom software components, some of which would integrate with the Client’s legacy systems extracting detailed information about their users, while others would export statistics or create archives of data to be stored in files by the Client for referencing purposes in case of future auditing.

The client chose to outsource to CLMS rather than build in house – it met their ideal time-plan without affecting their in-house capacity in terms of resources and would have put other projects at risk.zAppDev allowed the project to be completed within a significantly smaller period of time than would have been afforded by traditional development processes.Subsequent upgrades have been easier to introduced to the system, and this was one of the primary motivations for our client – updates to .NET Frameworks, HTML 5 and CSS 3 standards have been achieved with a single click at implementation strategy level, rather than by amending code, a process that would otherwise take two or three years to complete.

zAppDev also allowed for the overall project to be divided into modules that were meaningful to the client, rather than being dictated by software artifacts to be implemented. This helped the client maximize their time plans and have ready-to-be-deployed systems at the end of each phase. Delivery: The initial build was outsourced to CLMS to meet the urgency of that project. The client has now taken the zAppDev platform in-house to build new applications.